Passion. That's what it's all about. That burning sensation deep inside us all, driving us on, defining who we truly are. It's that feeling when you turn the key and kick the bike into gear, when the engine roars like an untamed beast and the wheels start turning. It's that feeling when you hit the open road and watch the world pass by at blazing speeds, and the only thing that truly matters is the sound of your engine and the touch of the wind gently caressing you, whispering in your ear. It's a feeling like no other.

It was that passion that made my father create this website, allowing him to share all his knowledge about the KZ400 with the myriads of enthusiasts out there who needed a helping hand in getting their old Kawasakis back on the road. I never quite realized the importance or the scale of the work he did maintaining this site and providing help for others; it just looked like your everyday hobby to me. But following his death on January 13th, I've come to realize what his work meant, not only for him, but for so many people around the world. Even to this day, he still receives several mails a week regarding motorcycle parts, restoration tips and whatnot. And to me, it only goes to show what incredible knowledge and skill my father possessed, and how much sharing this knowledge meant to him.

Even though he is gone, this site will remain here as a testament to his passion for the KZ400, and to make sure that his work lives on. The site itself will remain inactive for the time being, as it would be futile to even attempt picking up the massive work my father left behind.

May his soul ride the open road forever.

The first KZ400 hit the show rooms in 1974 and was the first 4 stroke model to follow the Z1. In USA, Canada, Australia and New Zealand, it was named the KZ400, in the rest of the world the Z400. It was designed by the same designer team led by Ben Inamura who designed the Z1 and the later KZ650. There were several model changes during the production period. And this introduced the practice of incoroporating the nominal engine capacity in the model code which continues with rare exceptations to this day.

In 2004 the KZ400 had it's 30 years anniversary. And when you look at the number of KZ400 that are still running to day, I think it is proved that Kawasaki succeed with their effort of making a reliable commuter bike. And, that it today are to be considered as a real classic. Classic Motorcycle Mechanics rated it amongst the top 40 Bikes of the Seventies in April 2003.The KZ400 was never a performance bike. It was built for those who wanted a light and economical commuter. And it was well made for it's purpose. And even if described as dull when it hit the roads in the 70's, I meet many people to day that think it has the style and looks of a true classic motorcycle. The purpose of this site is a small effort of making a database of information about the KZ400 twins.

I believe that a free access to information is essential to be able to keep these old bikes running.

And if anyone would concider contributing with more pictures an stuff for the site, I would be most grateful.

This is a non profitable project.

And ride safe out there!

Thanks for the pictures and the other stuff I have received from you all! A special thanks to Ian Powell, Rod Gibson, Mike McCabe, Stacey Kunch, Eirik Skaveland, Jean Pierre Beal and Loic le Formal for their contribution. And to Kevin Swanson for creating the desktop wallpaper.

Thanks for the awards that I have received for The Kawasaki KZ400 website! 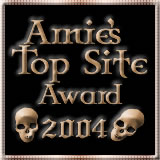 You are visitor number

The KZ400 Website has no connections of any kind with Kawasaki Industries or any Kawasaki-owned interest. Use of the Kawasaki logo or Kawasaki-related information is purely for informational purposes. This website was created for the enjoyment and education of individuals who own and operate a Kawasaki Z/KZ 400/440 motorcycle and is not intended for purposes of profit of any kind.